AIO-systems have recently become more and more popular, because, unlike POD-systems, the viper has the ability to independently change the evaporators (and in some models even just a spiral) and set the optimal power for it. Such an approach to closed systems allows the vaper to choose not only the rate of vaporization, but also the temperature of the vapor, and this is an important point for many users. Manufacturers have become very active in this direction, and therefore not a day goes by without a new AIO system appearing on the vape market. Hugo Vapor also decided to “light up” in this segment, so the light was seen on the KYLIN Pod System device (not to be confused with KYLIN from Vandy Vape). This AIO system will appeal to many vapers who want a functional, compact,

The Hugo Vapor KYLIN Pod System is a compact AIO system equipped with a powerful battery that runs on a simple but powerful board with removable cartridges on replaceable evaporators. The form factor in which this device is manufactured is not new, but the device is very convenient to use and maintain. The manufacturer supplied the AIO system with a productive and reliable motherboard operating in the varivatt mode. Using a small display, you can control the operation of the device. Removable cartridges are very convenient to operate, as they are designed for the use of replaceable evaporators and have a convenient refueling system. You can buy the Hugo Vapor KYLIN Pod System in eight versions, four of which are classic resin, and four others are original prints on the side panels.

This AIO-system is equipped with quite standard, but at the same time, after purchase, the vaper can safely fill in the liquid, charge the battery and soar. In a vaper box waiting for:

Hugo Vapor is not very happy with new products for vapers, but those devices that are released from time to time find their fans almost immediately. Hugo Vapor KYLIN Pod System immediately after the appearance of many vapers interested in not only its functionality and performance, but also the original design. The manufacturer offers the device in two design formats – with many familiar resin side panels and original prints, thanks to which the vaper will receive a unique device.

The form factor of the Hugo Vapor KYLIN Pod System will cause a small smile for experienced vapers, as this is another device made in the walkie-talkie form factor, like the well-known Orion from Lost Vape. But at the same time, it is just such a form factor that can rightfully be considered a win-win option that many vapers love.

The power of this AIO system is provided by a built-in 1000 mAh battery, which is practically standard for devices of this format. The battery is charged for about an hour using a traditional micro-USB Type-C connector, located on the side panel, with a current of 0.8A.

An important feature of the device is that it is equipped with a chipset, which not only provides a complete set of protections, but also allows you to use the Hugo Vapor KYLIN Pod System in the variable mode with a power of 5-30 watts. At the same time, a small display is visible through a window in a removable side panel held by magnets. Management is implemented using two buttons under the same panel.

It is worth paying tribute to the developers of Hugo Vapor, who decided to use a cartridge with replaceable evaporators – they are really more convenient to use. To install the evaporator, the vaper will have to unscrew the filling plug, and only then remove or replace the cartridge.

Charging the device is very simple and practical – at the top end there is a metal plug, by unscrewing which you can pour 3 ml of liquid. It is worth noting that the side removable panel has a special window for monitoring the liquid level in the tank, so there is no need to constantly remove the panel in order to see how much liquid remains.

Hugo Vapor KYLIN Pod System is a decent device that will definitely interest vapers who want an easy-to-use and functional device. Naturally, there are certain questions related to blowing, but overall this is a good AIO system that will definitely please fans with a tight cigarette puff.

And again news reports from Dovpo. As you keep in mind, most recently they up-to-date their squonkers collection, rolling out essentially new shade alternatives. Today’s hero has become up-to-date much more significantly, far more substantially – nonetheless, to notice this outwardly is not really so basic. We begin our acquaintance with all the two-bank squonker already common to you personally. 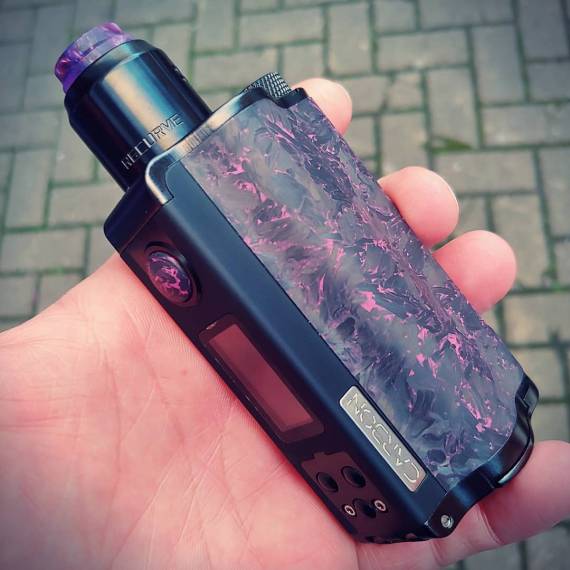 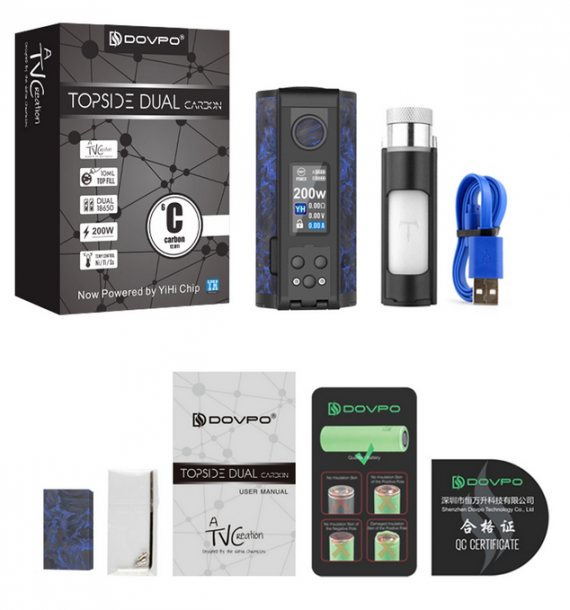 Physical appearance has changed little. In relation to dimension and form element, our hero is totally identical to his two predecessors – it is actually easy to understand – why alter what already turned out to be outstanding. The main identifying feature from the decoration was the “wrapper” in the existing (according to the producer) carbon dioxide. 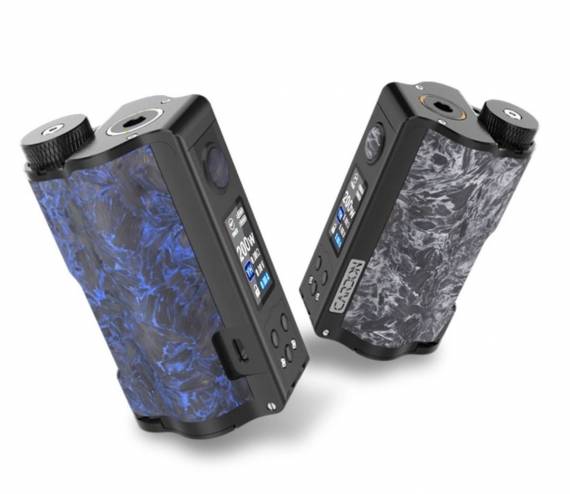 Moreover, there is a small dish of this material within the package, possibly so the user can personally confirm the trustworthiness in the maker. plus a unique nameplate made an appearance around the sidewall. 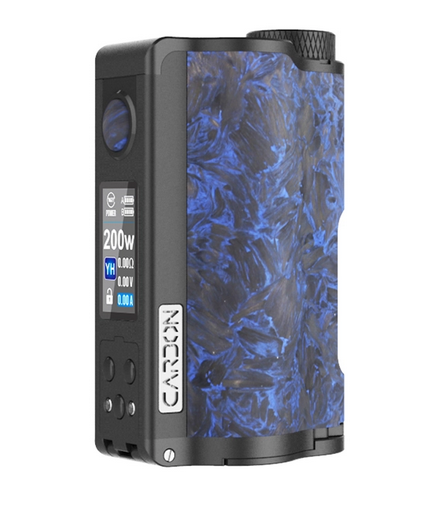 It really is remarkable that here the developers were able to offer up to four design and style options – not bad in any way. 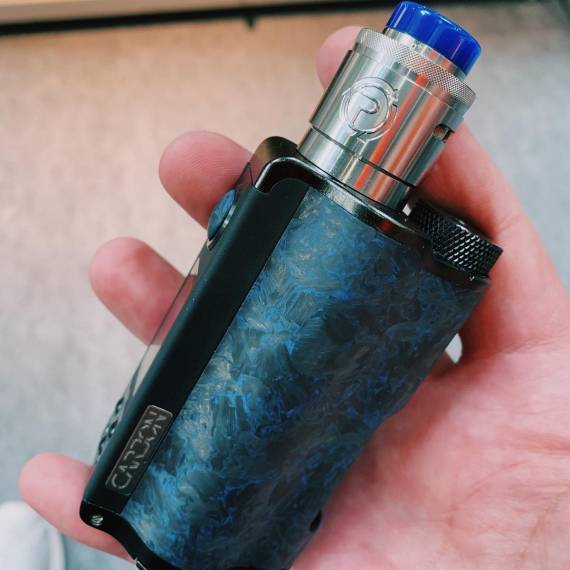 Most likely, it will make no perception to explain all the options and positive recruit, due to the fact here the changes affected merely the guts. This is still a squonker with the potential of top refueling as well as a rather capacious jar. 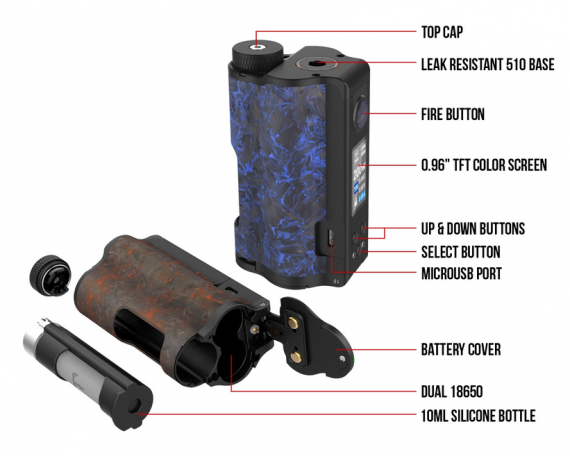 Nevertheless, the control chipset was replaced with a copy of one of the most well-known suppliers – YiHi.However, I’ll call the company’s large omission they didn’t even bother to publicize the model of this control chipset. Perhaps I used to be simply looking terribly, but in the established website, there is certainly zero information on this topic.

Normally, this kind of modifications was pulled by others. So the display grew to be color and received a whole new design and style, in addition, one more control crucial was included in this. Well, enthusiasts from the YiHi company needs to be accustomed to this kind of create. 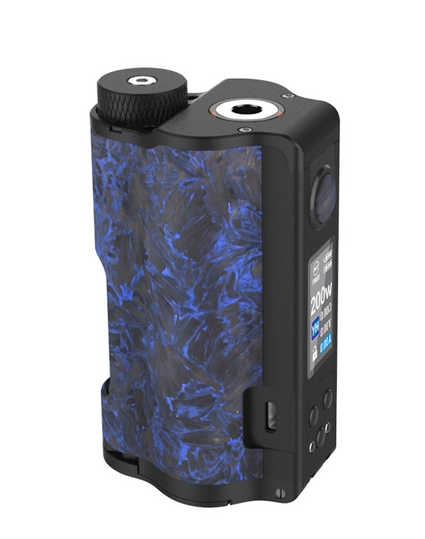 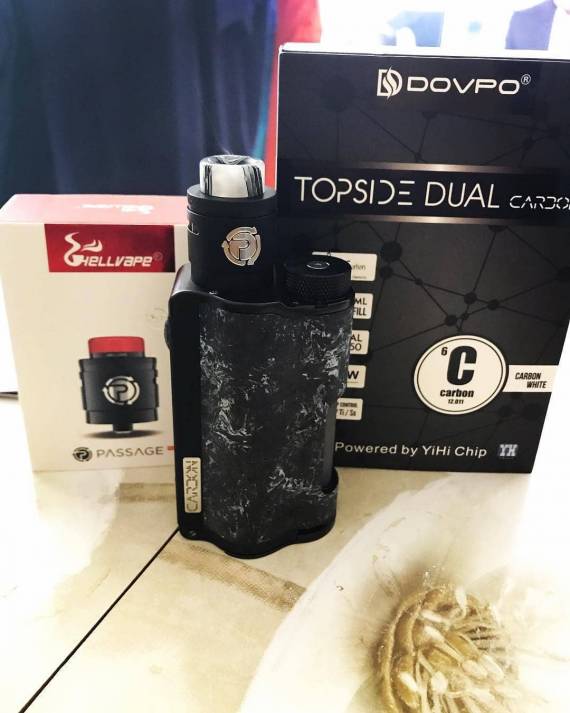